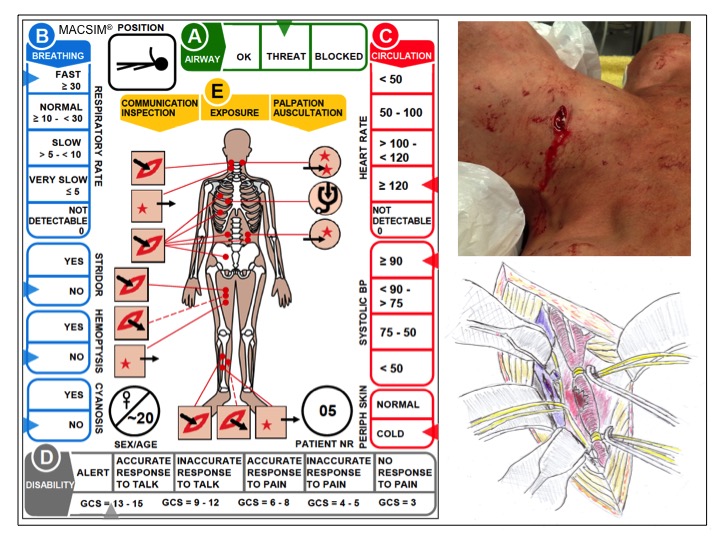 MACSIM®is a scientifically based simulation system with the aim to improve the preparedness for, and response to, major incidents and disasters.

Based on extensive experience

MACSIM is developed by an international group of experts in Disaster Medicine from several countries under leadership of Professor Sten Lennquist, well recognized for his contributions in this field, with commitments from the Swedish Government, the European Union (EU), the World Health Organization (WHO) and several countries in different parts of the world. He was also the initiator and developer of the Emergo-Train System, launched 1984, of which MACSIM is a further development.

The accuracy of MACSIM as a training tool has been scientifically validated in collaboration with educational expertise in a prospective study on 230 qualified trainees from 23 different countries. The trainees´ self-assessed knowledge and skills in 19 different areas directly related to the course-objectives was registered immediately before (blue columns in the figure) and immediately after (red columns) the training. The difference was highly significant in all parameters. 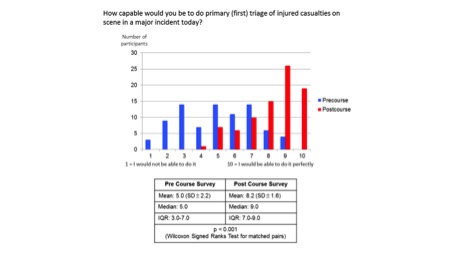 Other advantages with MACSIM compared to other simulation systems

In addition to the fact that MACSIM is based on broad international experience and thoroughly scientifically validated, it has several practical advantages compared so other systems within this field: 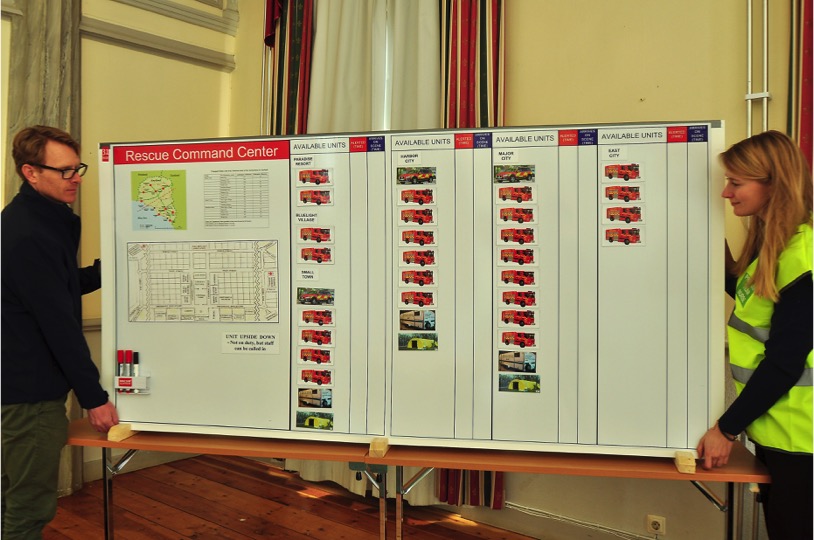 The system is today based on pre-printed and laminated magnetic films, supplied either

You can select the boards you need, and even get boards adapted to your local organization/facilities. The most advanced use, training the whole chain or response simultaneously as in the MRMI-course, requires 48 boards 2x 1 m but can be packed in one single box and set-up ready for use in less than hour.

MACSIM as a tool for advanced interactive training is described in the video. (click me)