The MRMI-course is a standardized course under protected name and with the aim to teach a uniform organization and methodology according to principles most frequently used in the European countries.

The course is interactive and based on the MACSIM-simulation system. It is owned by a non-profit organization, MRMID- association, with the aim to secure quality of the course and support local organizers. The association is open for membership and includes the directors of MRMI-centers and the core faculty of MRMI.

Permission to organize a course has to be requested from the organization and can only be given to certified MRMI- instructors. The MRMID association is responsible for coordinating instructor training, certifying international instructors and revising course-manuals.

The language in the international courses is English, but national courses are also organized in local languages. The courses are open for medical staff of all categories and also staff from collaborating agencies (rescue, police, military, administrative).

The principles for organization and performance delivered in the course are based on a course-book, written by members of international the expert- group behind the course and published by Springer, Heidelberg (see under “literature”). 405 pages, 225 color illustrations.

Pictures from an international MRMI-course. This incident is a terrorist attack inside a building with injuries taken from a real scenario. The picture illustrates primary triage outside the building, still no access to the inside. In the background the command-place on scene with rescue-,police – and medical incident commanders. (from Lennquist Montan et al, Eur J Surg 2014;4:429-443, with permission) 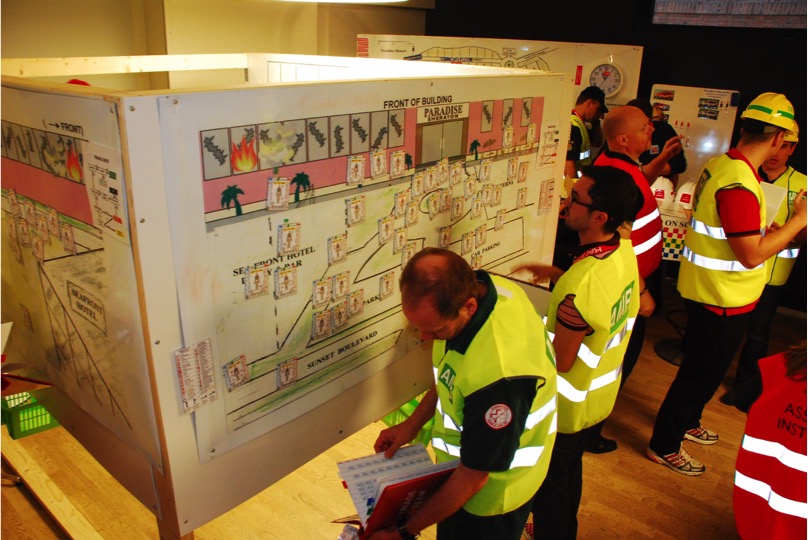 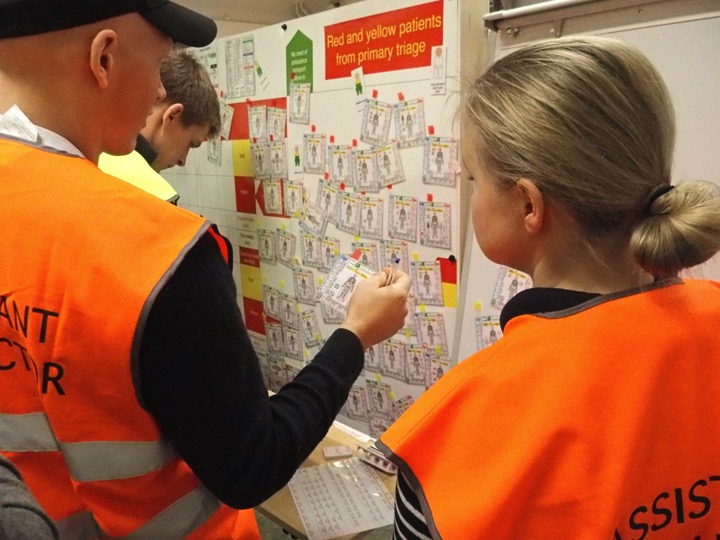 Secondary triage of severely injured. The manual handling of the staff- and injury-symbols gives the trainees a realistic impression of mass-casualty situation with extensive discrepancy between resources and need of care, emphasizing the need of accurate triage.

Casualty clearing point with resuscitation of those who have urgent need of treatment before transport to avoid risk for life or health. Every treatment is indicated with a treatment -tag indicating the time it takes in reality and the training is run in real time. For every patient, the instructor has access to which treatments that have to be done within certain time to avoid mortality and complications. 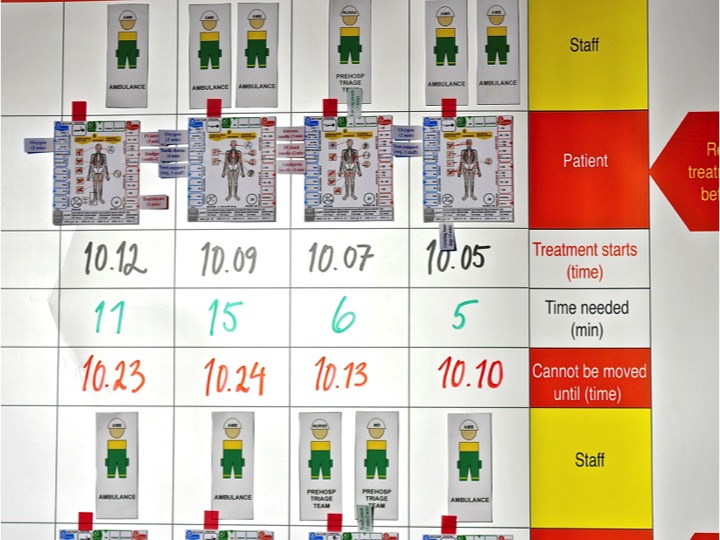 In this way, the result of the response can be given in:

Transport to hospitals is also run with consumption of real time. In the same way as on scene, investigations and treatments are trained in the hospital´s Emergency Department. 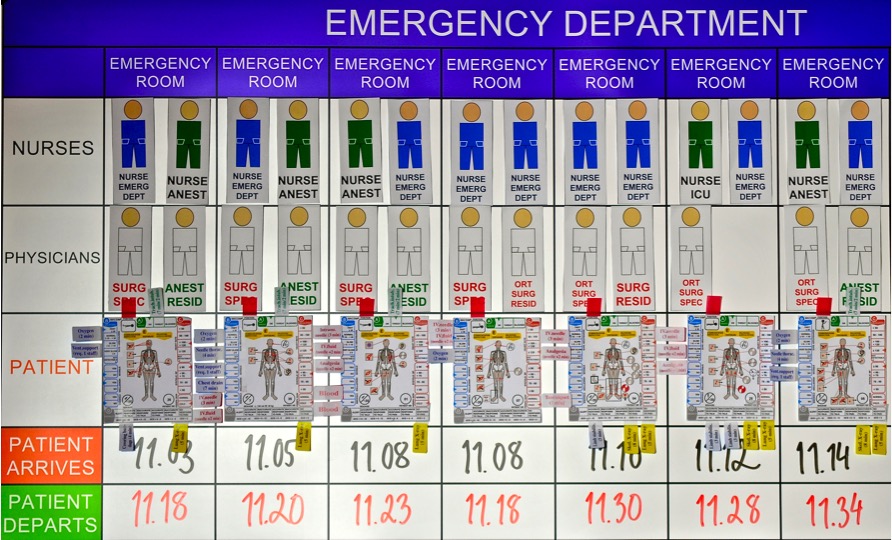 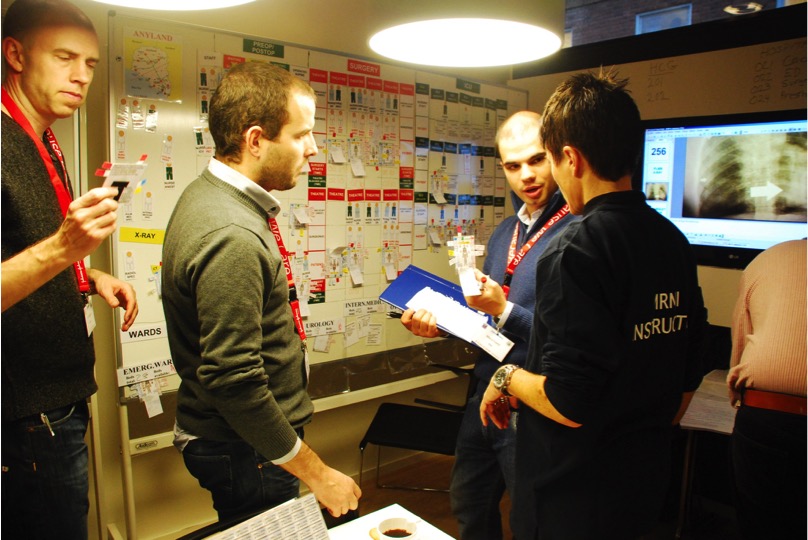 Further treatment of casualties in Surgery, Intensive Care and wards follows the same principles. The trainees have access to X-ray pictures of the injuries and also, for those operated, to pictures of findings at surgery as a base for decision with regard to strategy of treatment. The trainees are at all positions supervised, guided and evaluated by experienced instructors. (from Lennquist Montan et al, Eur J Surg 2014;4:429-443, with permission)

In the regional command center, coordinators of health care, transport, recue- and police work together, by radio communicating with the commanders on scene and by telephone with the command groups of involved hospitals. 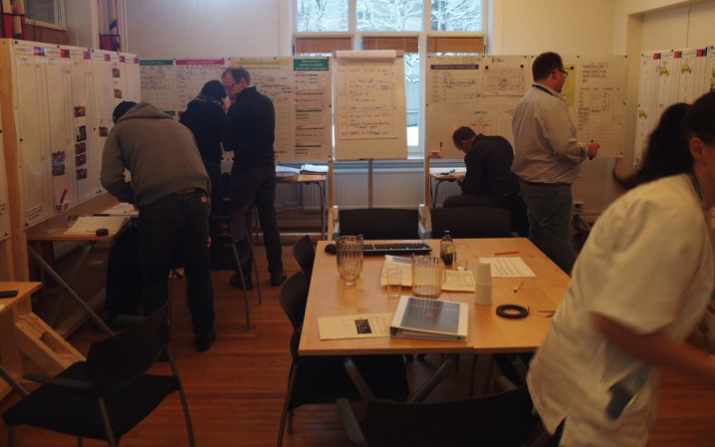 Since the start 2009, more than 2000 participants have been trained in MRMI-courses. Nine international MRMI-centers have so far been established in different parts of the world.